What does a swim safety campaign have to do with opera? Well, when the opera is Benjamin Britten’s renowned Noye’s Fludde (Noah’s Flood) and the opportunity is its launch during London’s first ever London Climate Action Week (July 2019), creative minds can create astonishing partnerships.

This was the case when Teach A Girl Swim (TAGS) teamed up with the English National Opera’s (ENO) outstanding learning and participation programme, ENO Baylis to bring the themes of climate change and drowning prevention to community engagement around Noye’s Fludde.

Working with ENO Baylis director, Natasha Freedman and her team in Spring & Summer 2019, TAGS founder Malini Mehra and supporter Sheherezade Amin, joined the ENO’s Youth Group, community organisations and schools to explore singing, swimming and breathing as part of a creative examination of the themes at play in Britten’s opera Noye’s Fludde.

The theme of Noye’s Fludde and the fact that – other than Mr and Mrs Noye – the cast was made up largely of children made for a perfect opportunity to explore the modern-day implications of flooding with young people. The partnership with TAGS enabled the themes of climate change, flooding, survival, drowning prevention and gender to be discussed in a creative and integrated way. All the while building on the similarities between singing and swimming and their mutual reliance on the physical act of controlled breathing.

The link to London Climate Action Week was leveraged by TAGS to enable a focus on the city’s primary vulnerability to climate change:- flooding.

As two of the participating schools – Mulberry School for Girls in Tower Hamlets and Riverside Secondary School in Barking – are both situated in the flood plain of the Thames (with the latter literally next to the Thames Barrier) the issues could be brought home to young people in a very direct way and sparked some interesting discussions about urban life and climate change impacts.

The ENO Baylis programme resulted in musical form in songs and a production created by the young people themselves integrating the themes of flooding, climate change and survival learnt during the course of the partnership.

Among many highlights of the partnership was the opportunity for TAGS to engage with Bangladeshi-origin mothers of the Mulberry School for Girls students and share experiences of drowning, drowning prevention, swim safety and girls and women’s empowerment. A swim with the Mulberry mums – and hopefully, a swim safety course – is on the cards as a follow-up to the initiative, as well as introduction to the work of TAGS’ eminent partner in Bangladesh, the International Drowning Research Centre at CIPRB, through a future visit by IDRC director, Dr Aminur Rahman. 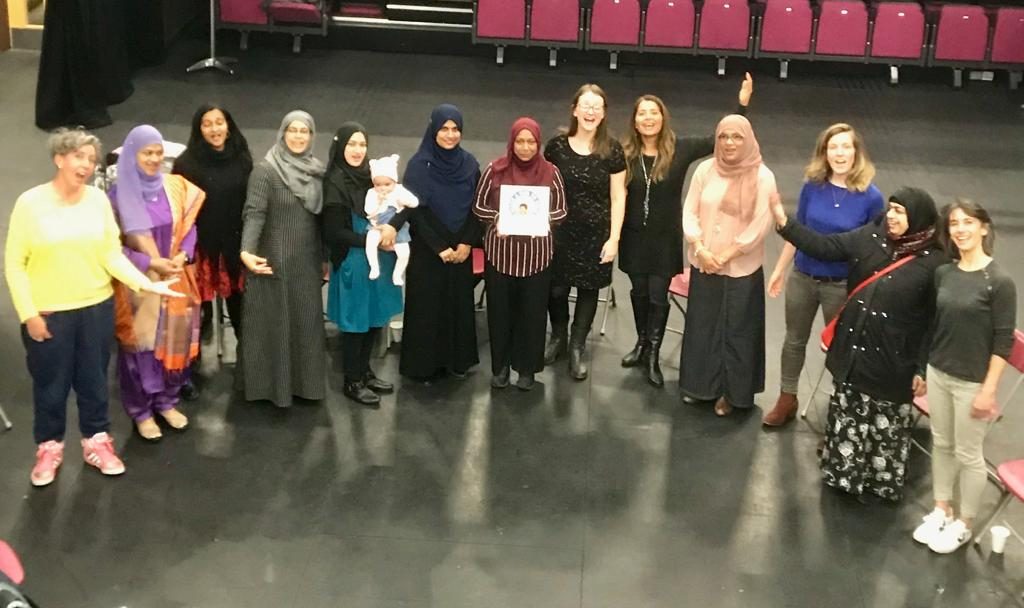