ABOUT THE CAMPAIGN FOUNDER MALINI MEHRA 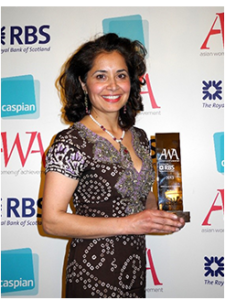 Malini Mehra is an award-winning civil society leader with three decades of experience in the sustainability, climate change and human rights fields. Over a distinguished international career, she has founded an award-winning Indian NGO working on corporate responsibility and climate change; led international campaigns for Oxfam and Friends of the Earth; led for the UK government on international sustainable development and established pioneering inter-governmental partnerships with China, India, Brazil, Mexico and South Africa. Malini’s film on corporate India and the climate challenge, In Good Company (2009), was the first to mark out the game-changing role of leading Indian companies and eco-entrepreneurs.

Malini has more than two decades of experience working with the United Nations, including serving as adviser to the UN Secretary-General on UN-civil society reform, and co-authoring the UN’s influential Human Development Reports.

She has served on the boards of numerous NGOs, including the Global Reporting Initiative (GRI) and China Dialogue; as well as on the advisory boards of the world’s leading companies such as Hewlett-Packard, Kimberly-Clark, BHP Billiton and 10 years on Unilever’s top sustainability body. She has served as Ambassador for Sweden’s Global Challenges Foundation and is an Ambassador for the Archbishop Desmond Tutu Foundation UK.

Since 2014, Malini has served as chief executive of GLOBE International, the world’s leading network of parliamentarians active on climate change. In 2017, she was appointed by the Mayor of London as a Commissioner on his London Sustainable Development Commission. She also serves as an advisor to the head of the UN Office of Disaster Risk Reduction, the principal UN body on the issue. Her other governance or advisory boards include ChinaDialogue.net IndiaClimateDialogue.net EcoPeace MiddleEast and The Fourth Group. Her honours include Young Global Leader of the World Economic Forum, Asian Woman of the Year, Asia 21 Young Leader of the Asia Society and CNN Principal Voice.

A political scientist and gender specialist by training, Malini has degrees from Smith College (USA) and the Institute for Development Studies (Sussex). She brings a strong personal and professional commitment to women’s empowerment to the TAGs campaign, which has been several years in the making. An Indian citizen, Malini speaks six languages and has lived and worked in as many countries She now lives in her adopted home of London with her husband and three children.