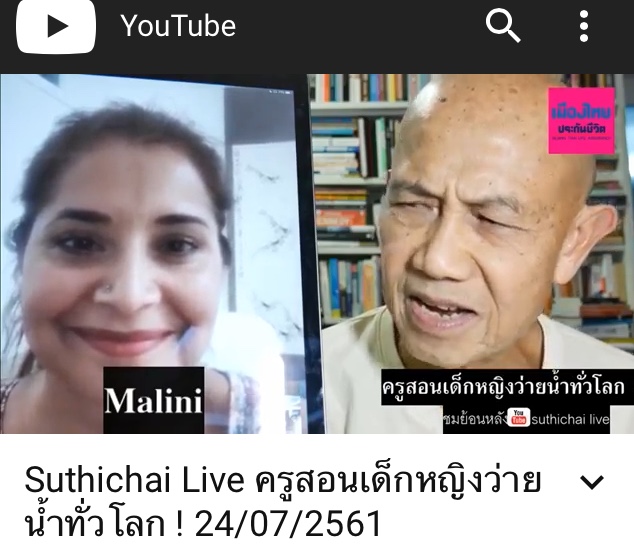 During Malini’s TAGS campaign visit to Thailand, the plight of the young ‘Wild Boars’ footballers trapped in a cave in Chiang Rai province was the focus of national and global attention. The 12 young boys and their 25-year old coach, had become trapped in the Tham Luang caves due to rising floodwaters and remained undiscovered without food or water for 10 days.

Their subsequent discovery by British divers and miraculous rescue after two weeks, in an operation led by the Thai Navy Seals, saw national rejoicing and admiration worldwide.

A key element of their story was the belief that none of the boys could swim. (Something some of them disputed later.) In a country where drowning is the leading cause of death of children, this aspect raised the level of interest in the issue of drowning prevention and the TAGS campaign.

After their rescue, when the ‘Wild Boars’ boys were presented to the world, the press conference was hosted by Thai media legend, Suthichai Yoon. Co-founder of the Nation newspaper, Suthichai is a national treasure. A much respected and influential journalist and broadcaster.

It was a great honour therefore for Malini to be interviewed about her trip to Thailand and the TAGS campaign by Suthichai on his popular on-line chat show on 24th July.

The interview covered the objectives of the campaign, Malini’s experiences in Thailand and key insights gained. The interview attracted more than 10,000 views online and sparked many informative comments and questions. It is hoped it will contribute to further debate and understanding in a bid to reduce the terrible toll of drowning deaths in Thailand.