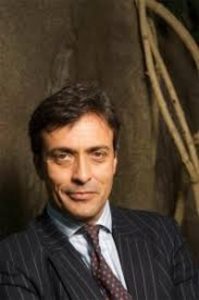 Dr. Marcelo Carvalho de Andrade is presently a Co-founder, Partner and Principal at Earth Capital Partners LLP. In 1985 he founded Pro Natura International, one of the world’s first southern international environmental NGOs, and had a successful career as an Olympic rower for his native Brazil.

With over 30 years of experience in the sustainability sector, Dr. de Andrade has worked as head consultant and manager of several large-scale projects in sustainable development for large corporations, governments and multilateral agencies. He has founded numerous green finance ventures, including as co-founder of Fundo Terra Capital, the Axial Bank / Axial Par, and Eco Carbon. He is also a founder of SCG. He was a Consultant of Shell International (Royal Dutch Shell PLC) in the development of one of the largest natural gas projects in the world, implemented in the Peruvian Amazon. Dr. de Andrade has been a member of several high-level corporate advisory panels, including E. I. du Pont de Nemours & Co. and BHP Billiton. In 1997, Dr. de Andrade received the George and Cynthia Mitchell International Prize for Sustainable Development, considered an equivalent of the Nobel Prize for sustainable development. In 2005, he was elected president of the Earth Council Alliance and also served on the boards of CONCEC, Counterpart International and Earth Restoration Corps. Dr. de Andrade hold a PhD in medicine from Gama Filho University in Rio de Janeiro.