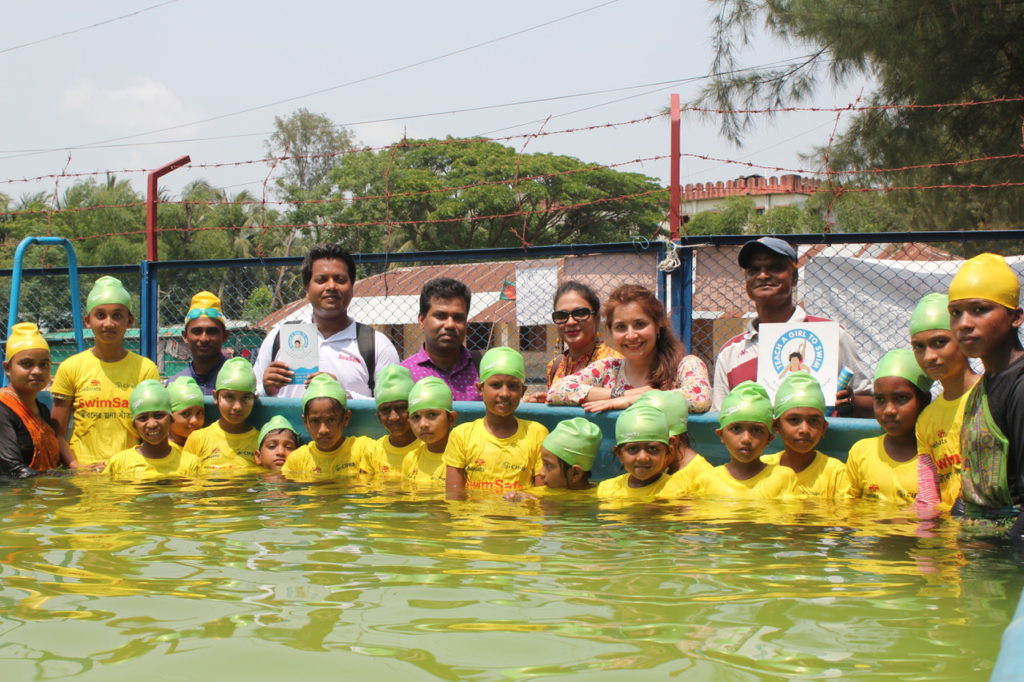 SwimSafe is the pioneering swim safety programme run by TAGS partner, CIPRB, jointly with RNLI in Bangladesh. The programme has been developed to address the silent epidemic of drowning deaths in Bangladesh – the number one cause of death amongst children. The country is the largest Delta in the world and water is everywhere.

Children are exposed to water risk from many sources of open water: ponds, sewers, ditches, lakes, rivers and the ocean. According to CIPRB research, 66 children die every day in the country due to drowning. It is a silent emergency that CIPRB’s SwimSafe programme is heroically responding to.

During her visit to Bangladesh, Malini had an opportunity to observe both the community education aspect of the SwimSafe programme in Cox’s Bazar (reported here), as well as the swim safety training to teach basic survival swimming to girls and boys in the district.

The SwimSafe programme delivers basic survival swim training over a period of 12 weeks to boys and girls aged 6-11. This is led by certified swimming instructors in a safe environment, as recommend by the World Health Organisation’s drowning prevention guidance.

Girls and boys are taught separately in a specially-designed inflatable pool of 12.5 metres length, which is fed by local artesian water. The pool currently in use in Cox’s Bazar has been provided through support from the Princess Charlene of Monaco Foundation.

During her visit, Malini was able to observe the training provided by a dedicated team of instructors, including female instructors for the girls. The children were provided with special SwimSafe t-shirts and shared Speedo hats for the training. They evidently enjoyed the 30-minute training sessions and could have continued playing in the water if permitted.

Project Manager, Imteaz Ahmed, explained their target was to reach all the children in the district. He admitted that reaching girls was a challenge as parents would willingly enrol their boys but required more persuasion to permit girls to enrol. However, the 90% success rate of the SwimSafe programme in preventing drowning deaths, was a powerful argument for ensuring universal reach and making sure no child was left behind.

Malini also benefitted from direct conversations with the girl students and their mothers. Both valued the programme and a number of the mothers admitted that they would like to learn to swim themselves. Enjoying the water was something that most had not experienced since early childhood and many still carried a fear of water.

The TAGS campaign is fundraising to support dedicated swim training for girls and their mothers in Cox’s Bazar and hopes to finance the first such programme before the end of the 2018 SwimSafe learn-to-swim season.

Inland waters are not the only source of water risk. The sea presents a major risk and Cox’s Bazar has the longest stretch of sandy beach in the world. Astonishingly, the majority of this unbroken stretch 120km of sandy beach has no lifeguards. Those who depend on the sea for their livelihoods such as local fisherman, and the large number of tourists now flocking to developed areas of the beach, are increasingly at risk of drowning.

Since 2014, CIPRB and RNLI have been filling this gap of a professional and reliable lifeguarding service for Cox’s Bazar beach through their SeaSafe programme. This now comprises a team of 25 lifeguards (mostly men, but women have also been trained) who cover three popular tourist beaches – Laboni, Sughandha and Kolatoli – from dawn to dusk 7 days a week, 365 days a year.

This is the only reliable and professional service of trained lifeguards who patrol the beach, providing both protection and education for tourists and locals alike. Malini was able to see this in person during her visit with the SeaSafe team to Kolatoli beach.

The CIPRB and RNLI programme has a clear objective of reducing the risk of drowning in the vulnerable coastal areas of Cox’s Bazar. Their work is now also in demand by those seeking to secure the lives of the Rohingya refugees in the nearby refugee camp. The drowning risk is as much there, as it is in the rest of Cox’s Bazar and Chittagong.

Both the SwimSafe and SeaSafe programmes are pioneering, gold-standard initiatives. They are tried and tested and demonstrated that the scourge of drowning need not be inevitable. It is preventable and success can be replicated elsewhere.

An important objective of the TAGS campaign is to raise awareness of the success of these indigenous programmes, promote their adoption overseas, and lobby for gender awareness and responsiveness in their implementation to meet gender equality objectives.

The SwimSafe and SeaSafe programmes should be supported to grow to scale nationally and inspire similar efforts internationally. Bangladesh can then rightly claim leadership on this critical agenda with pride. 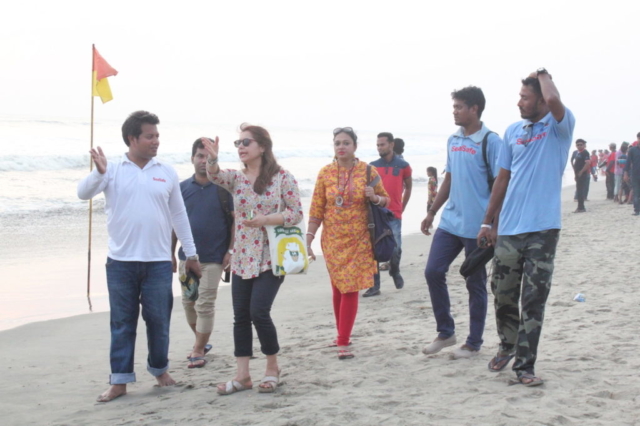 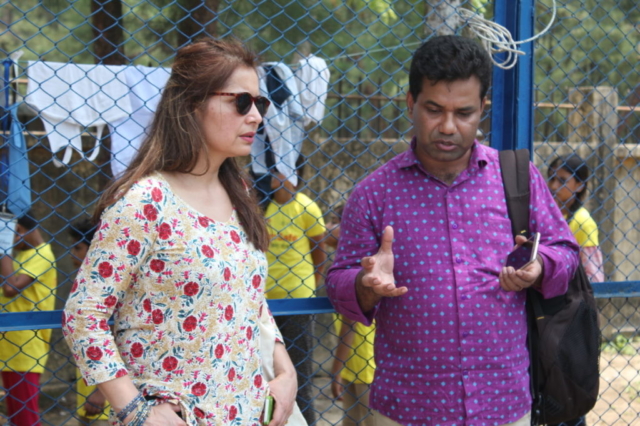 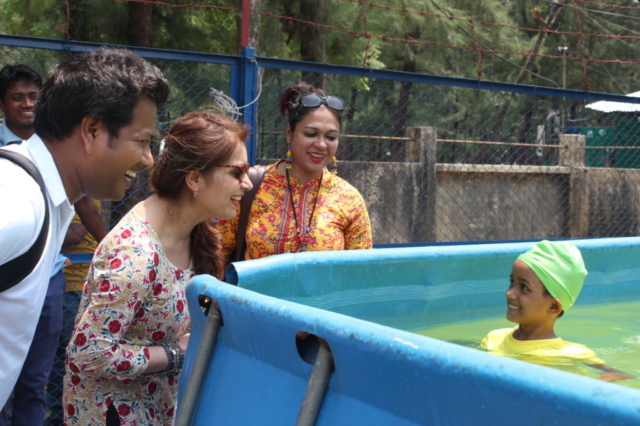 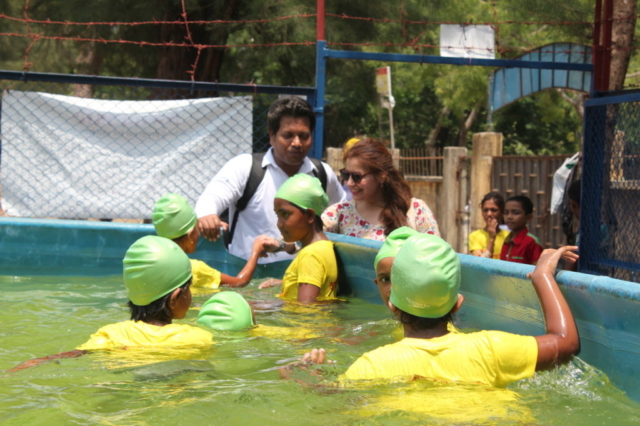 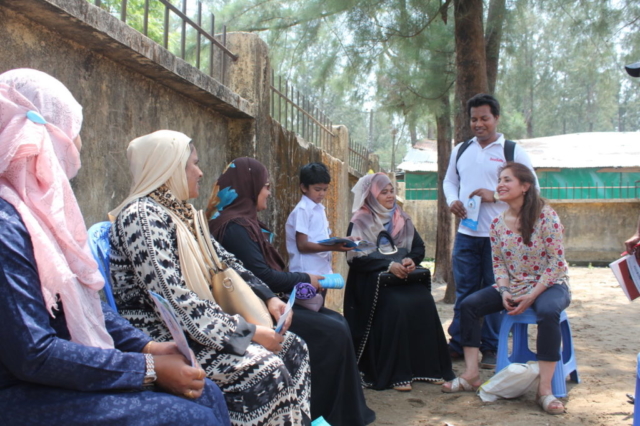 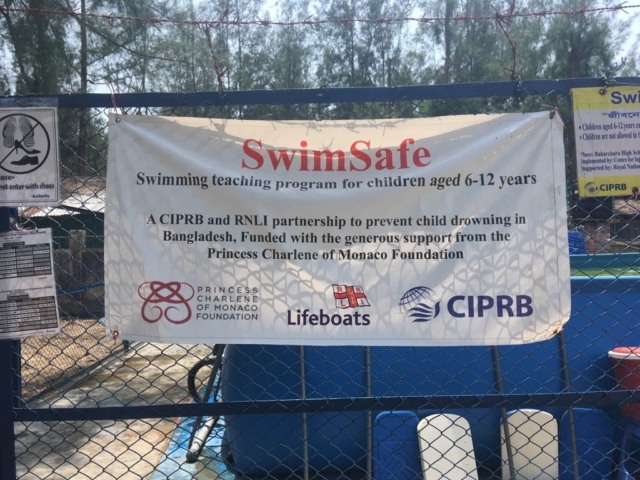 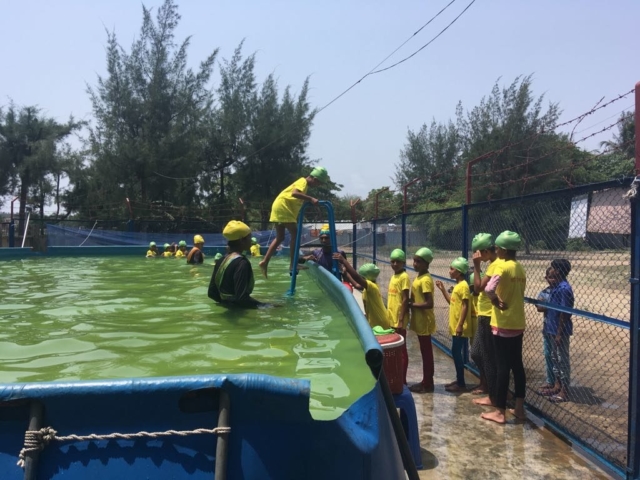 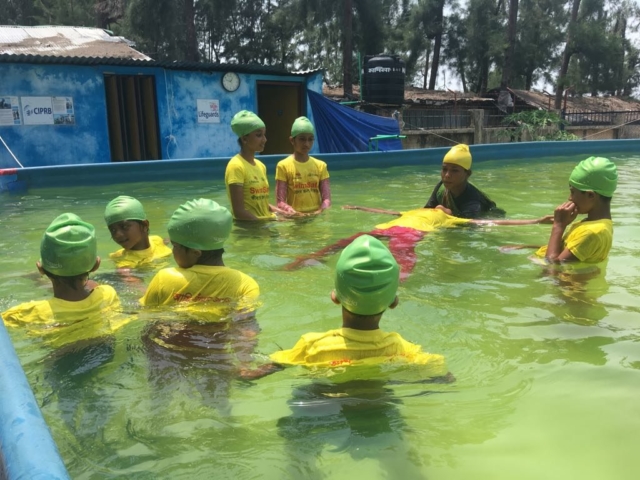 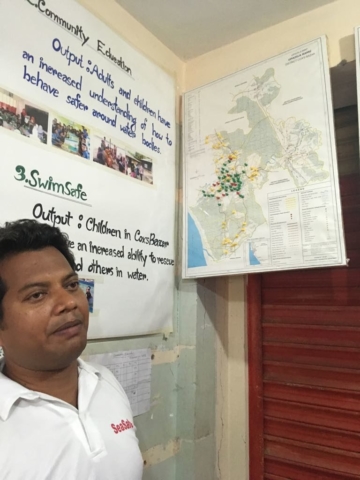 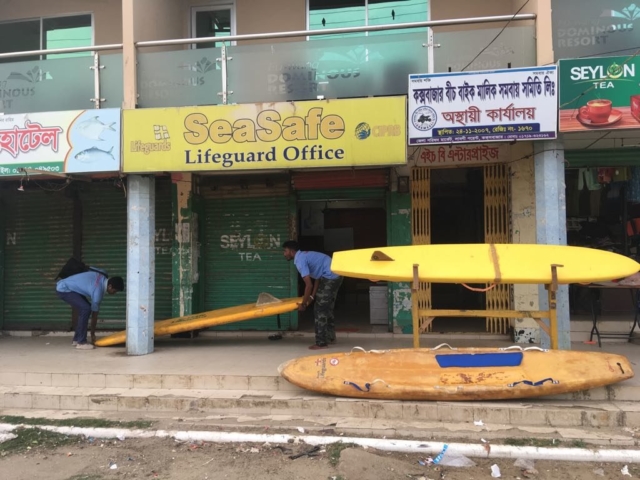 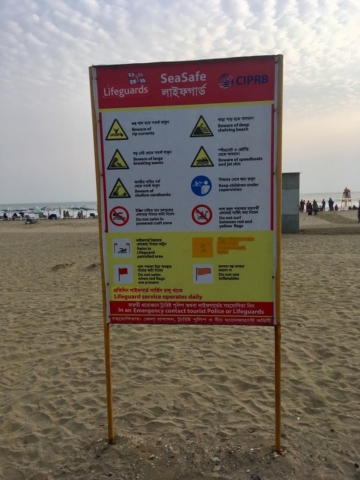 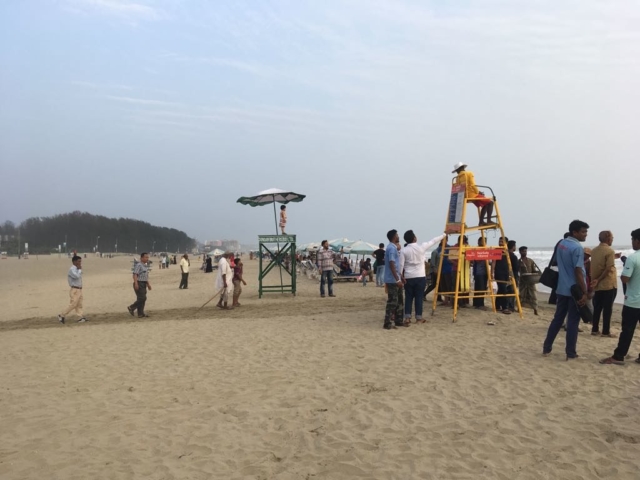 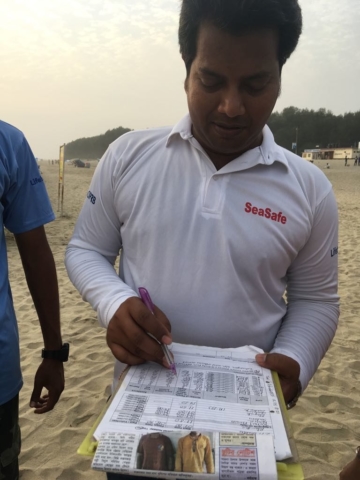 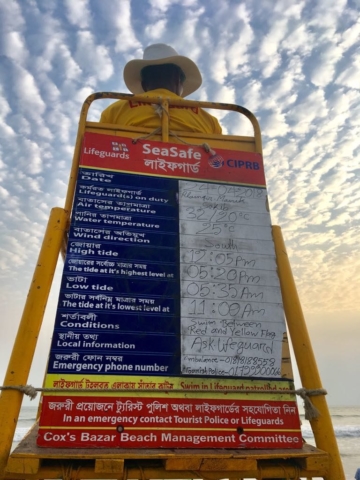 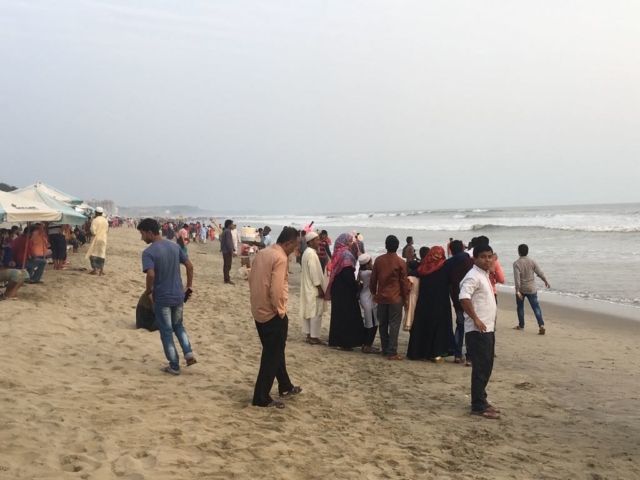 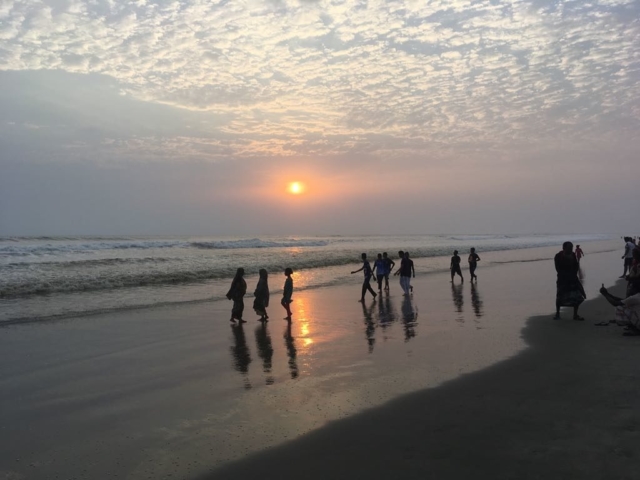