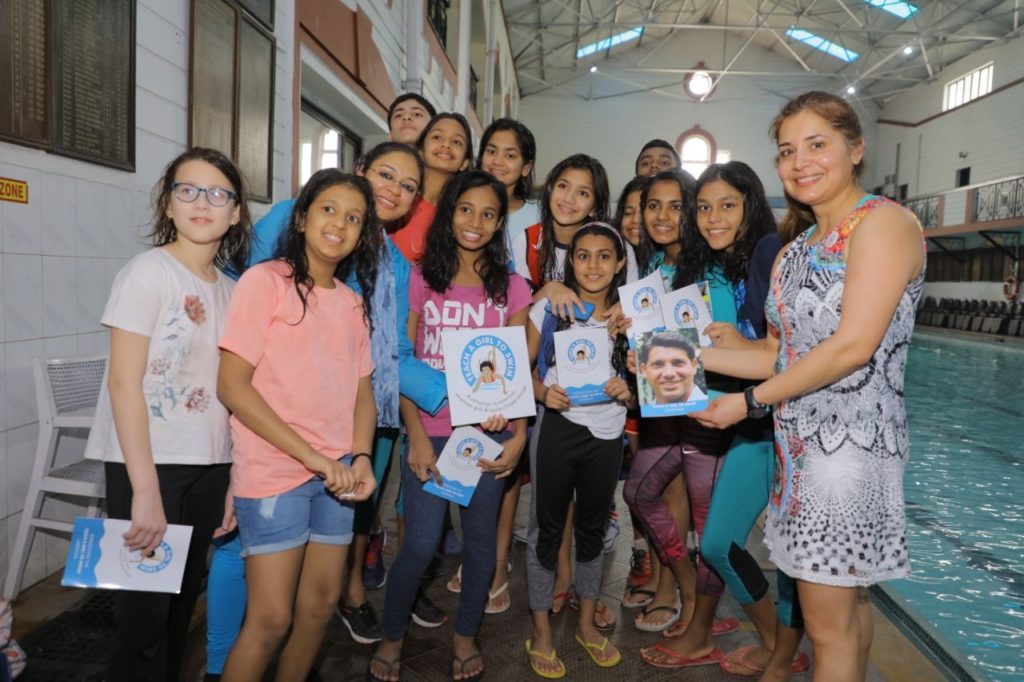 The TAGS campaign opened 2018 with a 10km swim by Malini Mehra in the iconic Calcutta Swimming Club, the oldest in Asia (and possibly the world). Founded in 1887 by the British during the colonial Raj, the club was built as an escape from the city’s searing heat. Located along the banks of the River Hooghly, it provided welcome respite and recreation for generations of the British in India.

Surprisingly, Indians were only permitted as members as late as 1967; that too following protests led by the then minister for sports in the West Bengal state government. The Club remains a private club and prides itself on an exclusive clientele comprising the city’s elites and some expats.

For those lucky enough to be able to swim in its waters, it boasts one of the most stunning outdoor pools – a Lido by any other name to Brits – in the world. The 57m metre outdoor pool offers a High-diving board and water polo facilities.

Malini’s 10km swim took place in the splendid indoor pool, which at 28m is longer than most modern swimming pools which tend to be a standard 25m. The Club kindly roped off a dedicated lane for the swim and provided a life-guard (who in the event was happily not needed).

Prior to her swim, Malini had an opportunity to meet with keen the club’s young swimmers, including those training for state-level championships, and to discuss the TAGS campaign with them. There was vociferous endorsement – especially by the many girl swimmers! – of the importance of the campaign and the need to empower girls and save lives, in a city that knows the impact of floods only too well.

Malini was pleased to be able to dedicate her swim to the memory of a dear friend and colleague, Dominic Careri Kulik, who would have turned 54 on the 25th March 2018. Dom was a sustainability leader and swimming champion who tragically lost his life in a surfing accident in March 2016. A committed feminist, Dom would have been 100% behind the TAGS campaign, cheering it on with his beaming smile.

Acknowledgements: The TAGS campaign thanks CSC Member, Surekha Mimani; Board Member, Siddharth Jhunjhunwalla; and Club Secretary, Anil Chaudhary, for their support in making the swim possible. 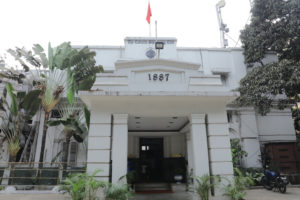 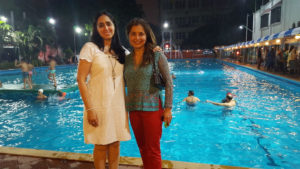 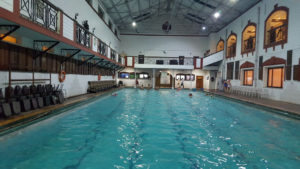 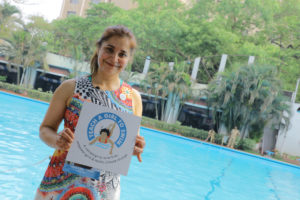 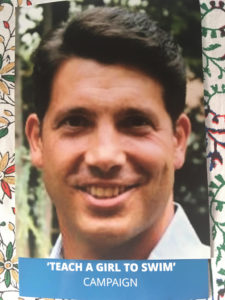 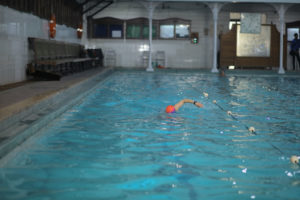 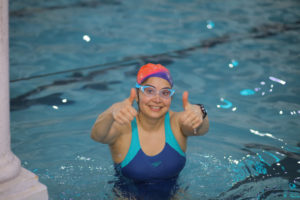